【Ecology in the Making (1816-present) 】The Hidden Orchid Lady

If you have been to Kadoorie Farm and Botanic Garden, do you recall an orchid conservation garden named after a certain Barretto? The garden is dedicated to the memory of Gloria Barretto, who devoted most of her life to botany. During her lifetime, many colleagues at KFBG addressed Barretto fondly as “Ah Po” (granny in Cantonese).

Of Portuguese descent, Barretto was born in Kowloon in 1916. She spent her childhood in Fanling. Her father gave her a shotgun and a pony, so that she could gallop through Sha Tau Kok. During World War II, she risked to help prisoners of war in internment camps. After the War, Barretto worked as a secretary to the District Officer in Tai Po for 20 years.

Barretto retired as a civil servant at the age of 55 and was invited to join the Kadoorie Agricultural Aid Association, where she was in charge of reception work. In her spare time, her greatest interest was the study of plants, particularly wild orchids. Her passion for plant conservation eventually infused into her work. She was an instrumental figure in the farm’s transition from an agricultural aid establishment to a botanic garden for the research and conservation of flora and fauna. Living in Tai Po Kau Headland, she dedicated herself to the conservation of ecologically fragile natural habitats such as the Headland and Sha Lo Tung. Today, when we visit Tsim Sha Tsui Ferry Pier, we still see the Former Kowloon-Canton Railway Clock Tower because of her advocacy for its preservation.

Barretto founded the Hong Kong Wild Orchids Group in the 1960s, and together, the group discovered and recorded 117 species of wild orchids in the span of 1965 to 1974. Before the group was founded, there were about 70 species of orchids recorded in Hong Kong. Her hiking companions also included the late Professor Hu Shiu Ying, Mrs. Walden, Mrs. MacLehose and Mrs. Youde. In order to trace the origins of unidentified orchids, she corresponded with foreign experts using her typewriter, leaving behind an entire room full of botanical files. Her research files are so detailed and valuable that with the help of experts from home and abroad, they were published into a voluminous monograph on local wild orchids, The Wild Orchids of Hong Kong.

Throughout her life, Hong Kong was her home. When asking Barretto’s younger peers and colleagues, they remember “Ah Po” as someone who was so accomplished in botanical research, and yet, self-taught and modest. She always insisted, “I am no botanist.” 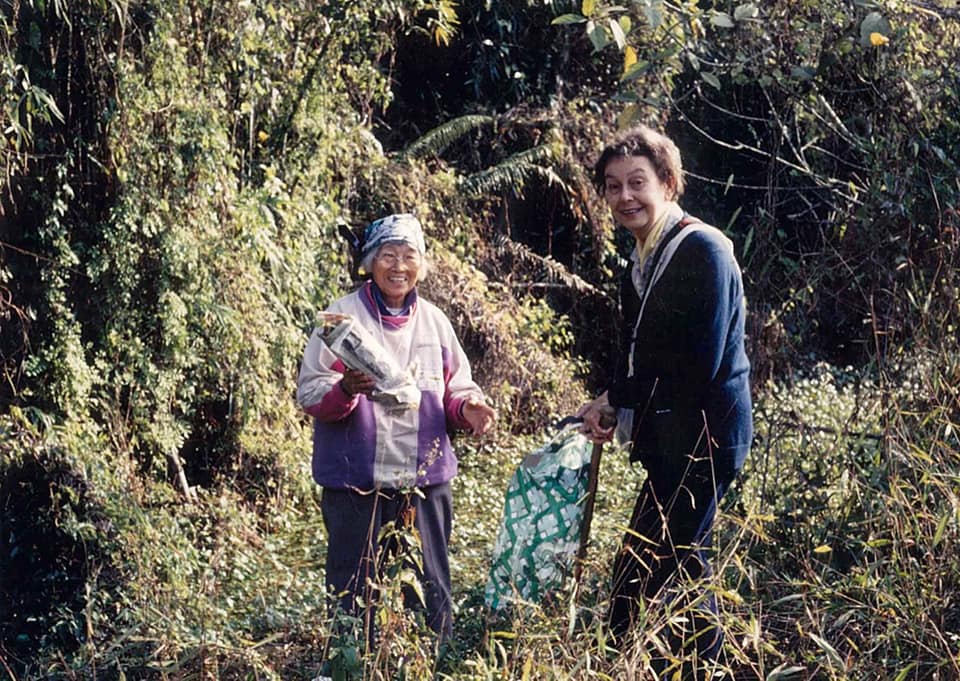 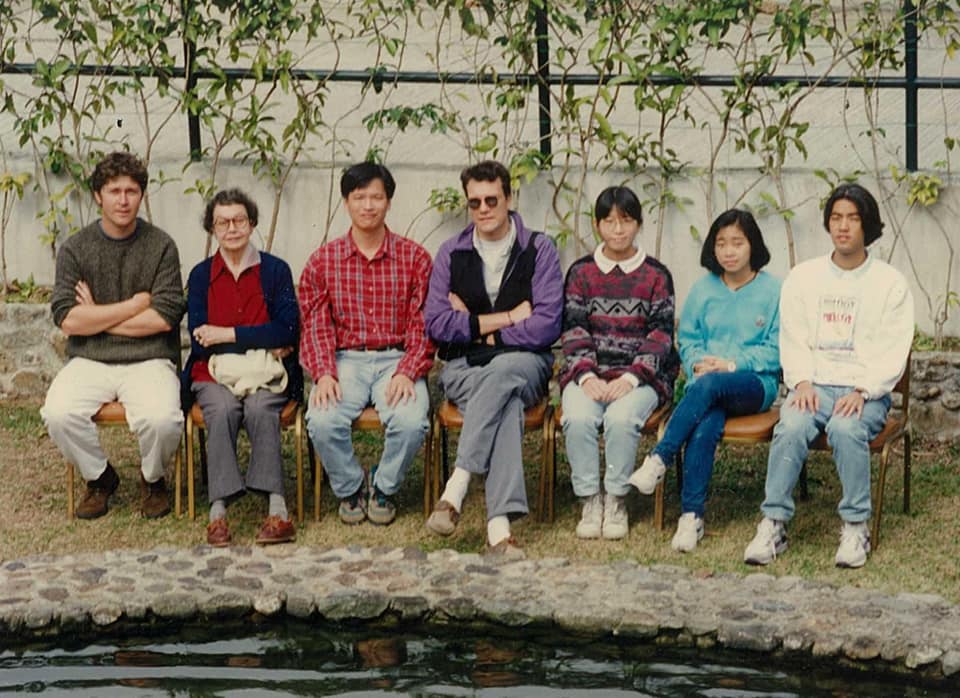 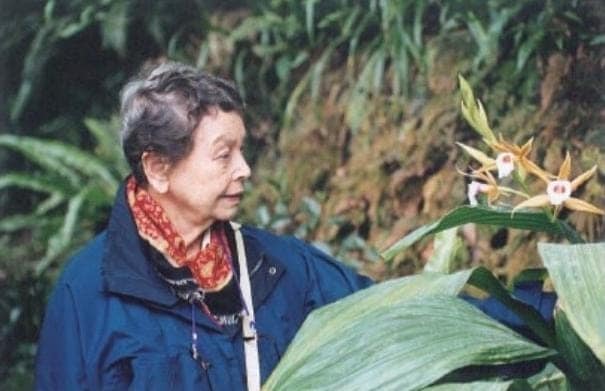 With her favourite orchid Phaius wallichii 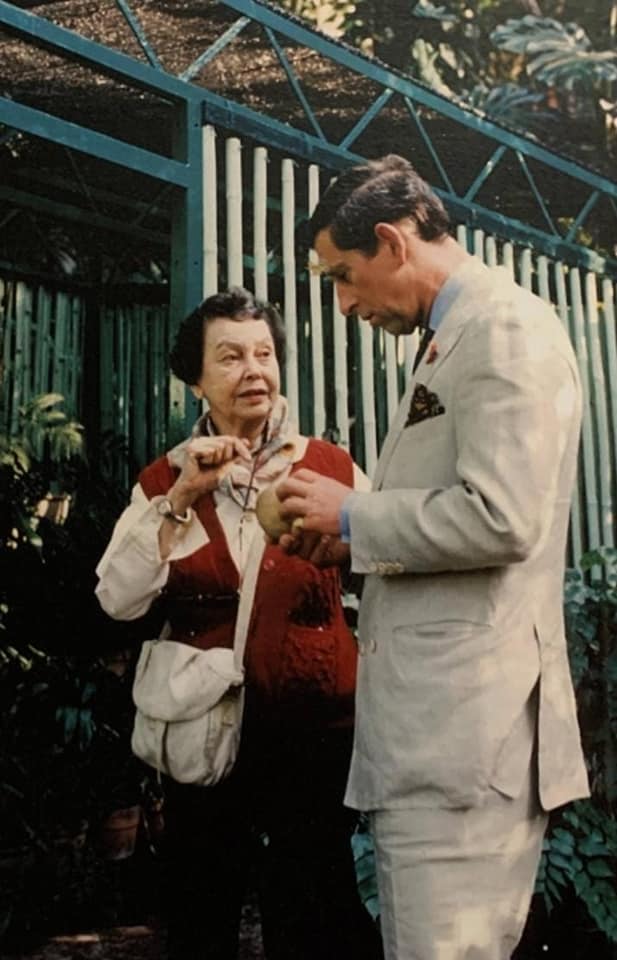 With HRH Prince of Wales (right)