【Ecology Codex】 The Origin of the Name Hong Kong

In Chinese, Hong Kong is named “香港”,  which literally translates to “fragrant harbour”. There are different stories on where this name came from, one explanation is because Hong Kong was a harbour for exporting agarwood, a fragrant dark resinous wood formed from incense trees.

Technically, agarwood is not wood. Agarwood refers to the dense, dark, aromatic dried resin formed by trees under the genus Aquilaria and other similar species.  There are around 21 species of trees that can produce agarwood, most of them belonging to the genus Aquilaria, under the family Thymelaeaceae. All 21 species are protected under the Appendix II of the Convention on International Trade in Endangered Species of Wild Fauna and Flora. One of the many types of agarwood-producing trees is the Hong Kong native, Aquilaria sinensis, commonly called the Incense Tree.

How does agarwood form?

Agarwood production l starts with a wound. Most trees secrete a form of resin to protect a wound caused by damage or attack, such as insect bites, cut by felling axes or other forms of external wounding. This is in principle, similar to coagulation in humans. When the secreted resin is infected by a type of fungi, it forms a variant that,after decades to thousands of years, turns into black grease. The black grease then coagulates with the wood, forming agarwood. Agarwood could be found in tree roots, tree crowns or tree trunks. Thus, they are not necessarily found on the surface of the incense trees. Normally, you cannot smell the fragrance of agarwood just from passing by the tree.

What is agarwood used for?

Agarwood produces a fragrance when heated. Traditionally, in countries like China, Indonesia, and Arabic countries, agarwood is burnt in religious ceremonies.For instance, China has a long history of agarwood culture like agarwood performances and agarwood tasting. In the ancient medical book, Compendium of Materia Medica, it states that agarwood is used to treat abdominal distension, stomach cold, kidney deficiency, and asthma in traditional Chinese medicine.

However, the incense tree’s self-healing mechanism results in extreme stress, sometimes even leading to irreversible secondary damage to the tree. 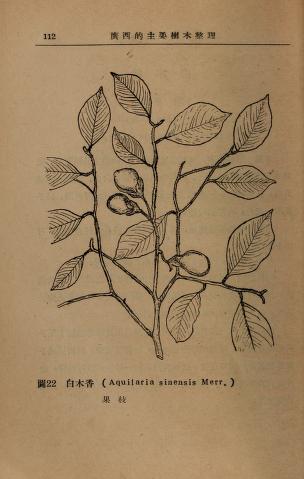 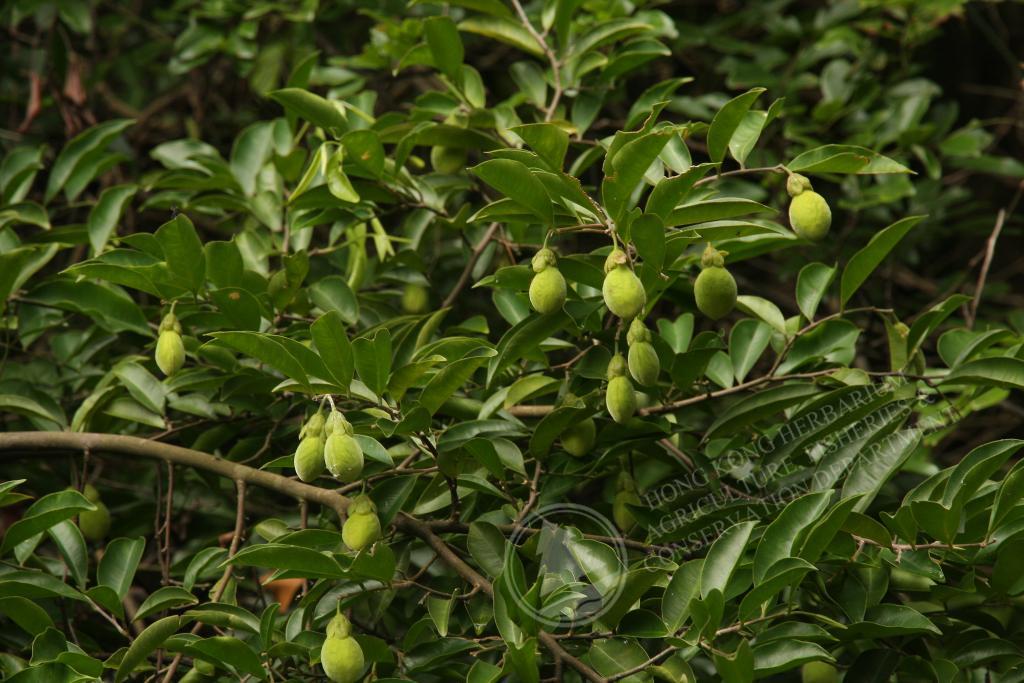 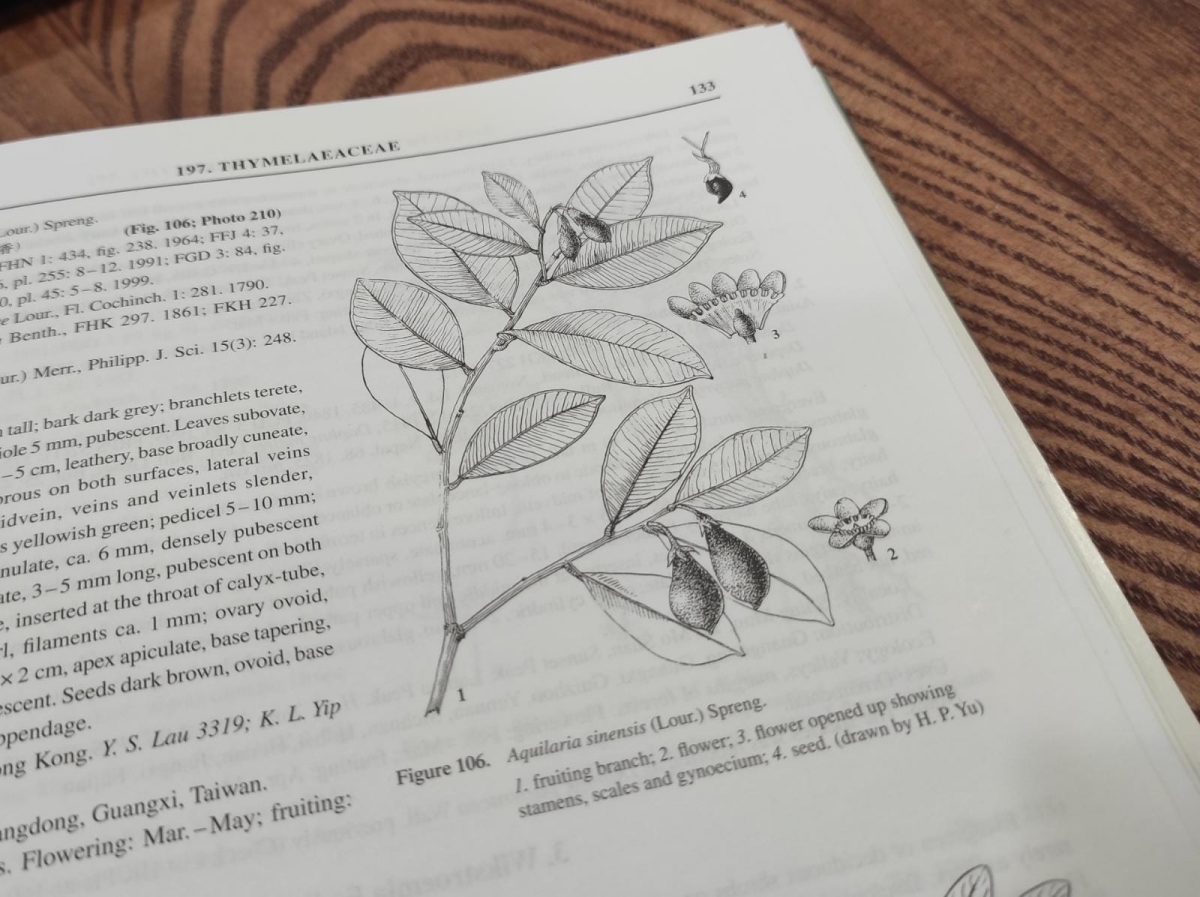 Yuet Tai Kei is published in 1596 in the Ming Dynasty, a period that is said to be Hong Kong's heyday of agarwood production. A small island, Hong Kong is marked near the middle of the map, the relative position is indicated correctly, which is rarely seen in Ming and Qing Dynasties maps. In this map, east is pointing towards the left and south to the top.

There are three major types of agarwood: wild agarwood, natural agarwood, and man-made agarwood. Wild agarwood is formed entirely without human disturbance, usually appearing only in mature Aquilaria trees (around 15 to 20 years of age). Hence, this type of agarwood is very rare and expensive.

In the past, agarwood was primarily drawn from the Aquilaria malaccensis, a species of tree. Waves of speculation over the commodity in Mainland China resulted in illegal logging, leaving  Aquilaria malaccensis trees almost entirely deforested. Hence, some began to look for a substitute agarwood from incense trees (Aquilaria sinensis). 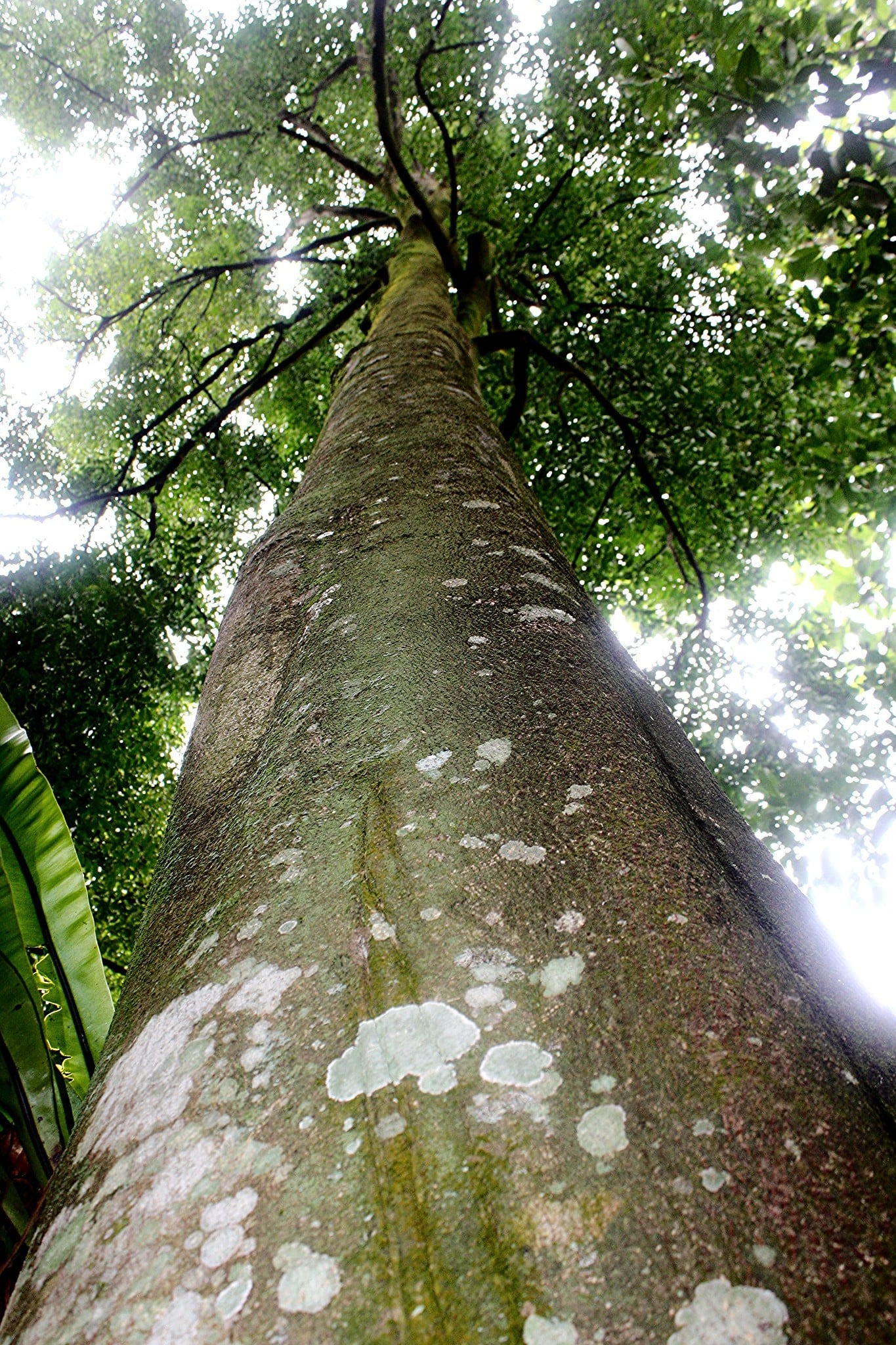 The substitute agarwood came largely from Dongguan, giving rise to its Chinese name, “guan heung” (fragrance of Dongguan). It is a native species to Hong Kong and flowers between March and May. Its green flowers are between 1.2 to 1.6cm long, while the petals have yellowish-white trichomes. Compared to other ordinary flowers, the flowers of an incense tree produce spetacular fruits. Incense trees fruit between June to October, with green, gourd-shaped fruits that split into two upon maturity, revealing brown, oval seeds that hang in the air on a thread. The two seeds in suspension mimic bee pupae, releasing pheromones that attract bee-eating wasps to help disperse the seeds. 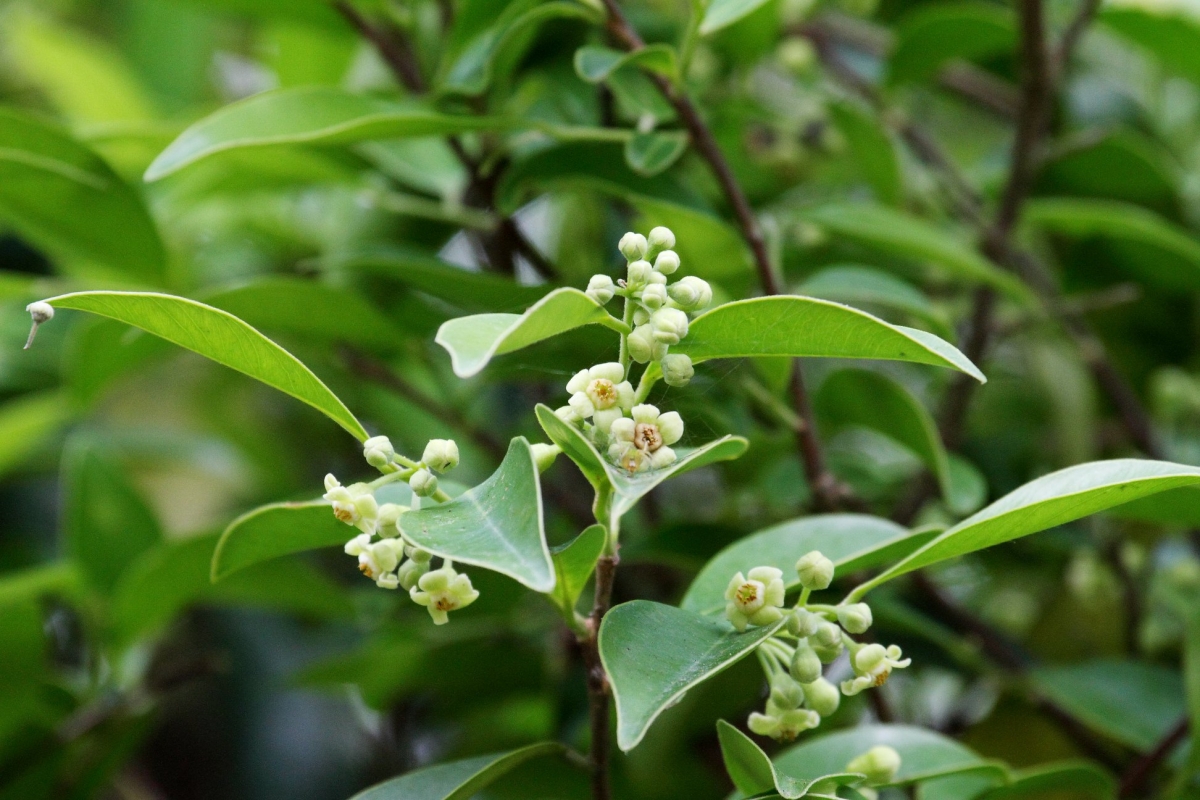 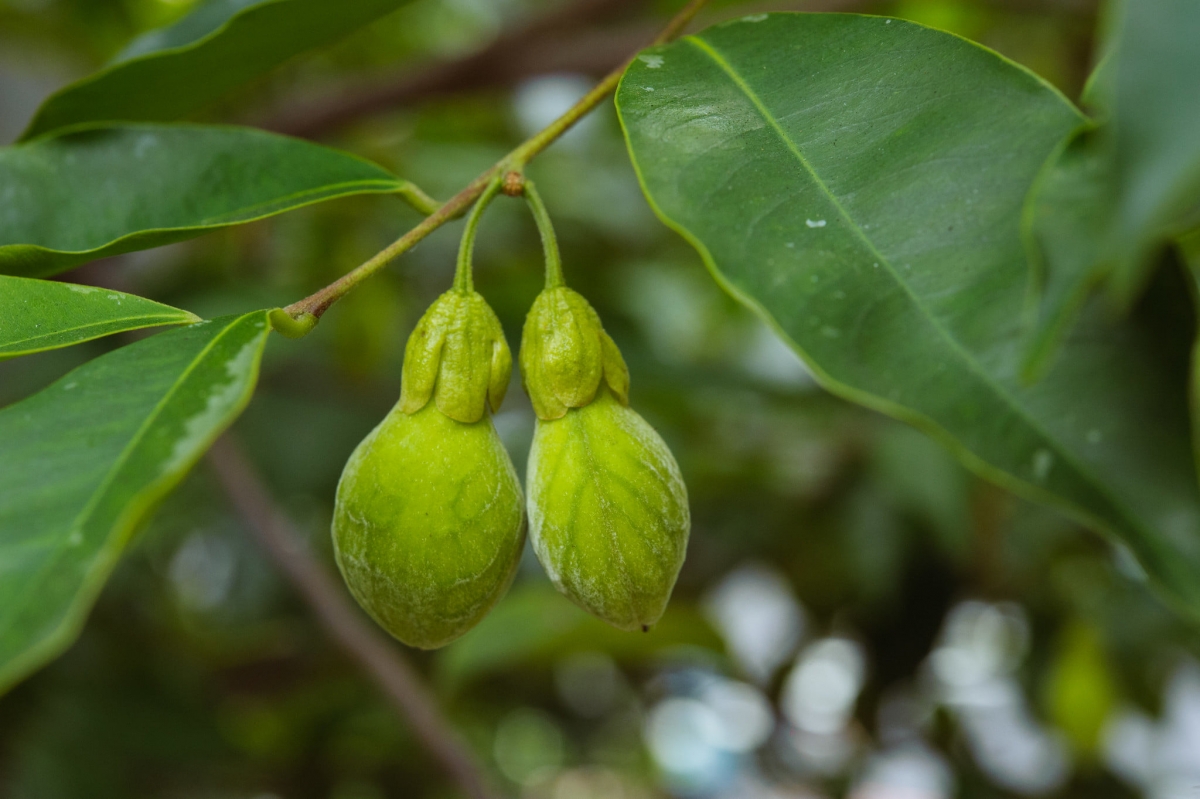 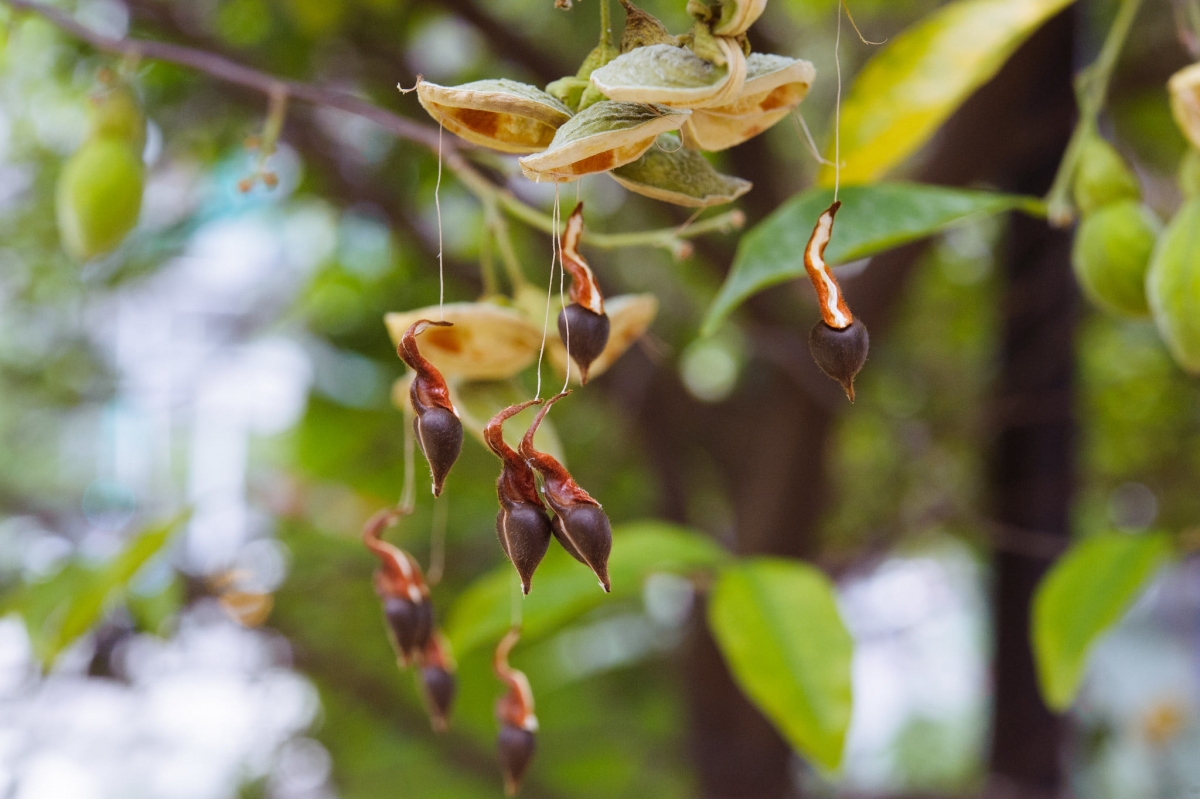 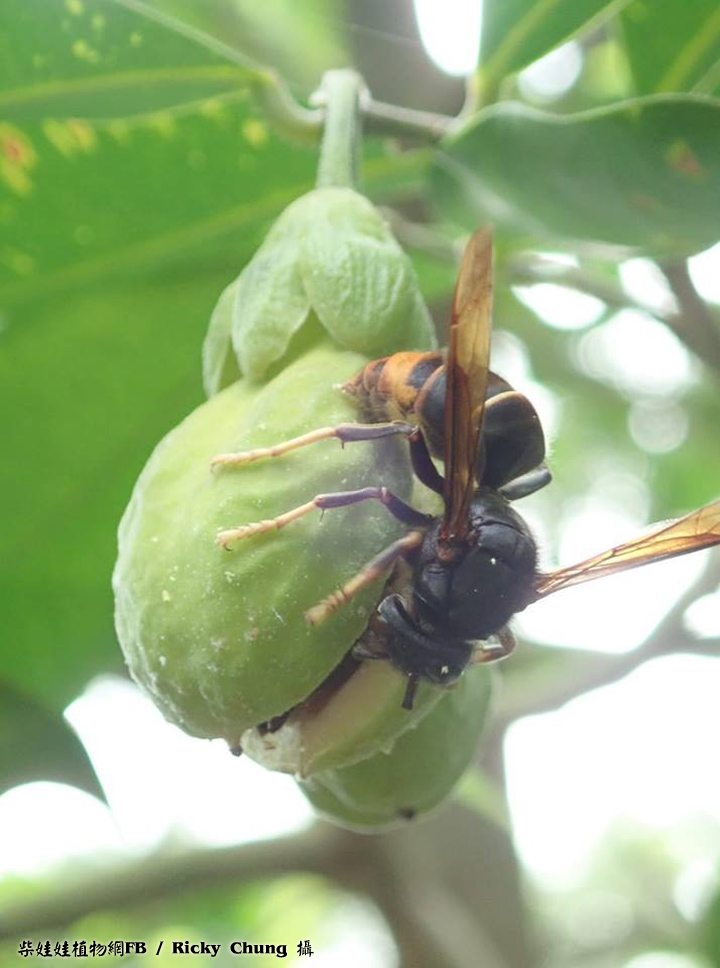 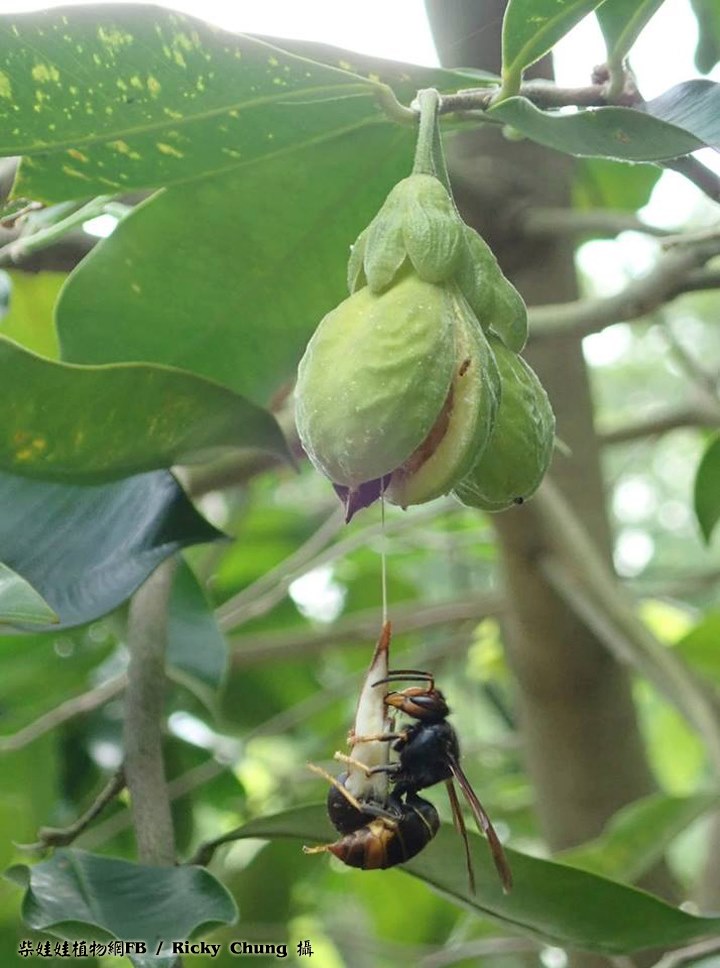 The seeds of Aquilaria sinensis mimics the shape, smell and pheromone of worms, attract predators such as Yellow-legged Hornet (Vespa veluinta) to come feed on them. The wasps will bring the seeds away. They will only consume the white part, and disperse the black part in a new location which may result in a new tree.

In the past, Hong Kong indigenous villagers tended to “Fung Shui woods” behind their village, wherein one can find incense trees. In 2003, the Agriculture, Fisheries and Conservation Department surveyed Hong Kong’s Fung Shui woods and found that of 116 surveyed sites, incense trees appeared in 84 sites.

‘Incense thieves’ are often drawn to these wild incense trees that have grown for hundreds of years and log them illegally in hopes to find agarwood. In the span of 2011 and 2019, Hong Kong has seen the demise of 1360 wild incense trees. ‘Incense thieves’ have a wide range of haunts, including the areas of Clear Water Bay, Sai Kung, Lantau Island, and northeast New Territories.

Experts point out that in the wild, only less than ten percent of incense trees would contain agarwood. Since agarwood does not necessarily appear on a tree’s surface, ‘incense thieves’ blindly cut down trees, even tree saplings with a low probability of developing agarwood. This causes irreparable damage towards these old mountain groves.

Incense trees are now protected under Chapter 586 of the Hong Kong Ordinance, “Protection of Endangered Species of Animals and Plants Ordinance”. If you discover any logging gangs, you should make a report to the relevant authorities immediately.

If one really wanted agarwood, sourcing them from the wild is not the only solution. What other ways are there to produce agarwood? How can Hong Kong continue to conserve agarwood from incense trees?

Obtaining agarwood from the wild is not the only way to obtain the precious commodity. During the Song Dynasty, the South China region began to grow incense trees. Farmers would plant incense trees and leave an axe wound on their trunk, known as a “fragrant opening”. This wound would increase the probability of the formation of agarwood, which could be retrieved later.

During then, Hong Kong was also involved in agarwood agriculture, particularly in the Lek Yun, New Territories, or Sha Lo Wan, Lantau Island (then part of Dongguan county). Native species, known as “gun heong”, were selected to be planted. Hong Kong also became the harbour (“Kong”) for “incense” (“Hong”), where all of the incense produced in Dongguan would first be consolidated at Shek Pai Wan in Aberdeen, then shipped to various provinces and counties across China using Tang-style junkboats, travelling as far as today’s Southeast Asia and Middle East — giving rise to Hong Kong’s namesake, the “fragrant harbor”.

Today, apart from the agriculturally grown ‘natural agarwood’, there is ‘man-made agarwood’ formed out of injecting chemicals into an incense tree’s trunk. However, ‘natural agarwood’ and ‘man-made agarwood’ are still unable to satisfy the demands of speculators, encouraging logging gangs to continue their unscrupulous deforestation. In the span of 2011 and 2019, Hong Kong alone has seen the demise of 1360 wild incense trees. 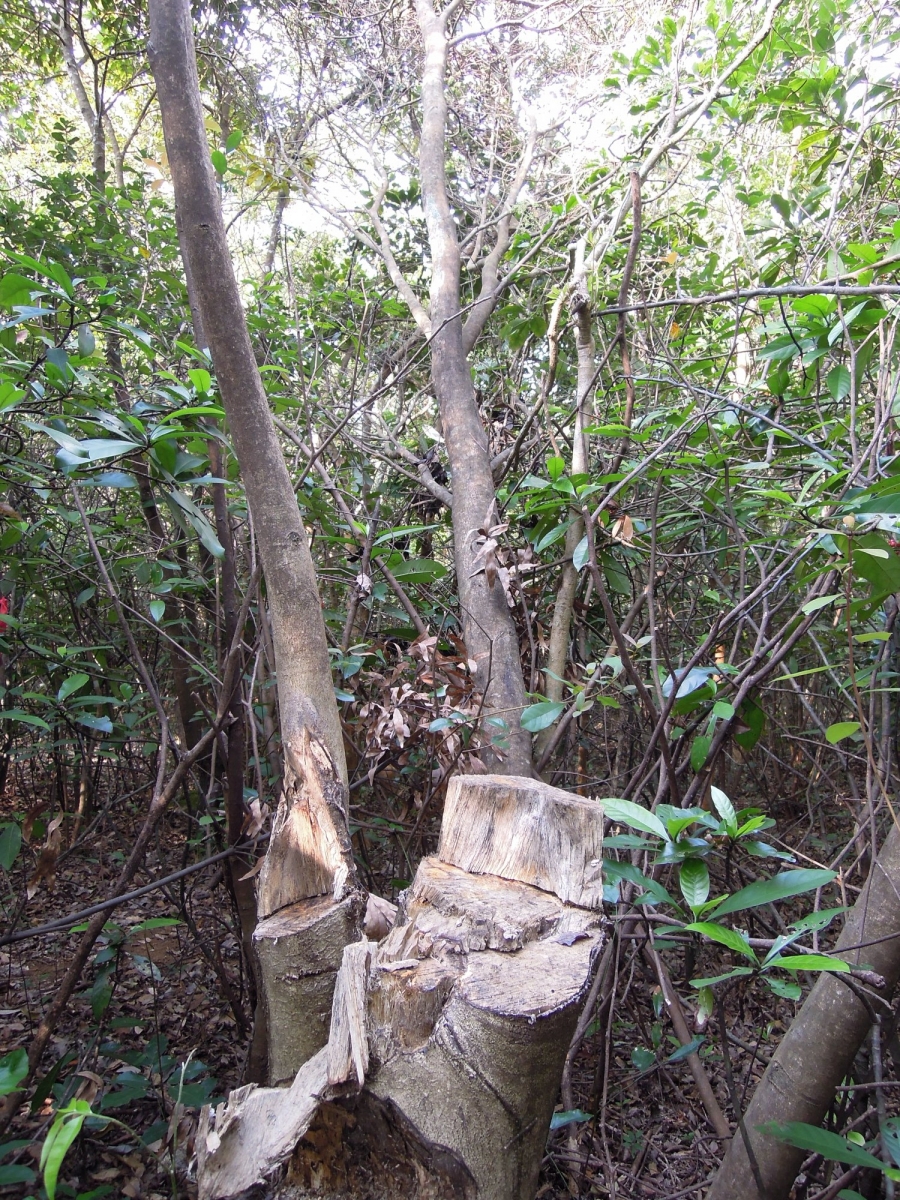 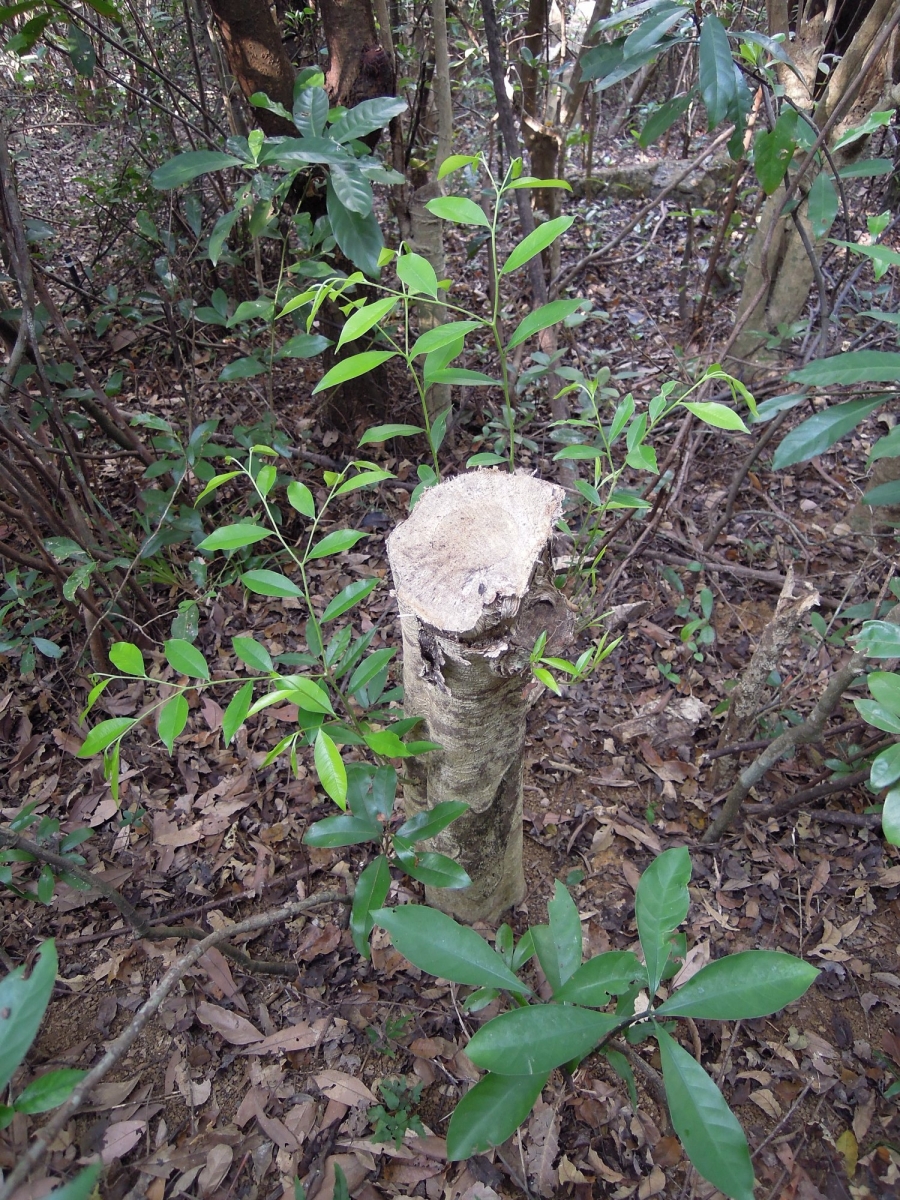 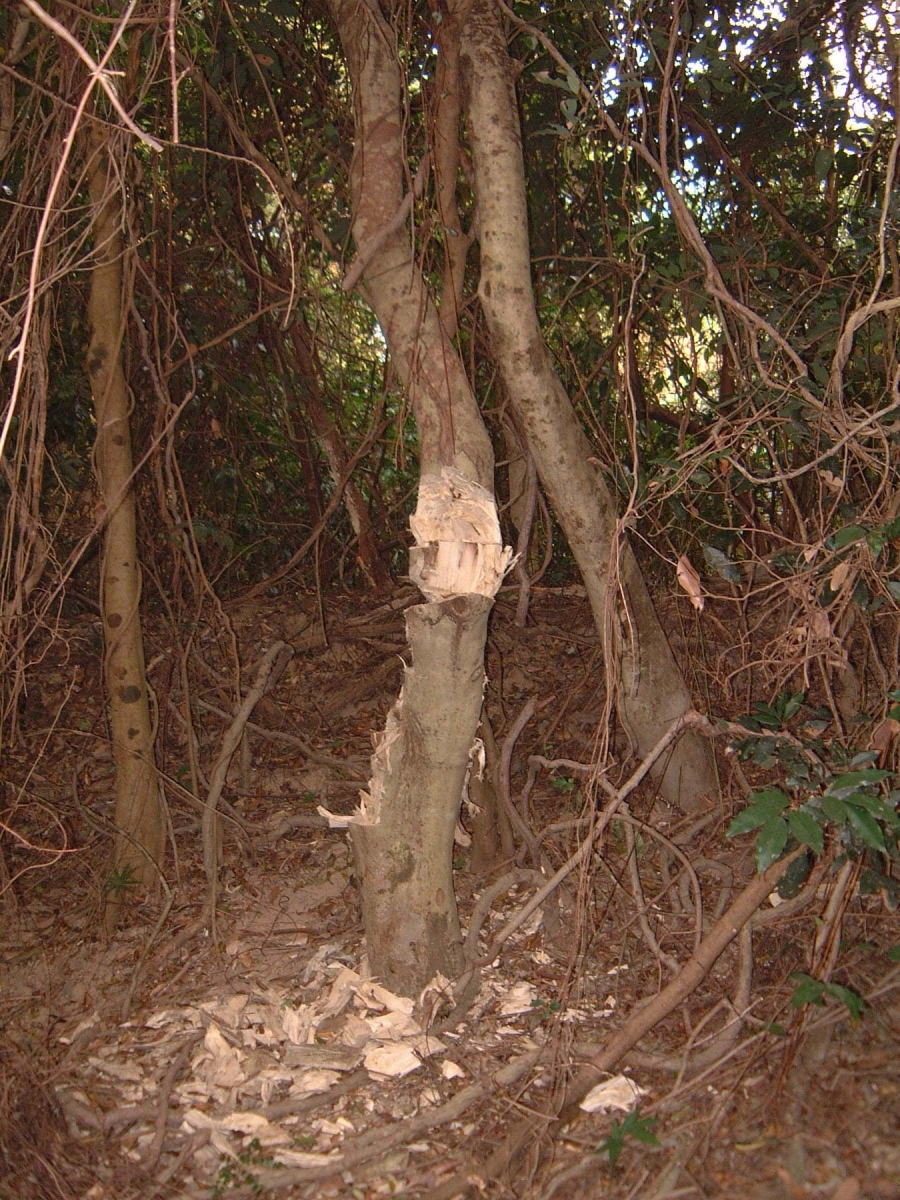 Incense trees are protected under Chapter 586 of the Hong Kong Ordinance, “Protection of Endangered Species of Animals and Plants Ordinance”. Apart from legislation, the Agriculture, Fisheries and Conservation Department has planted ten thousand incense tree saplings annually since 2009, as well as applied antifungal lacquer to tree wounds in order to stop the production of agarwood. From 2016 onwards, the Department has installed infrared sensors on parts of the incense trees. Once the sensors detect human activity, they would automatically record and send the information back to the relevant department. 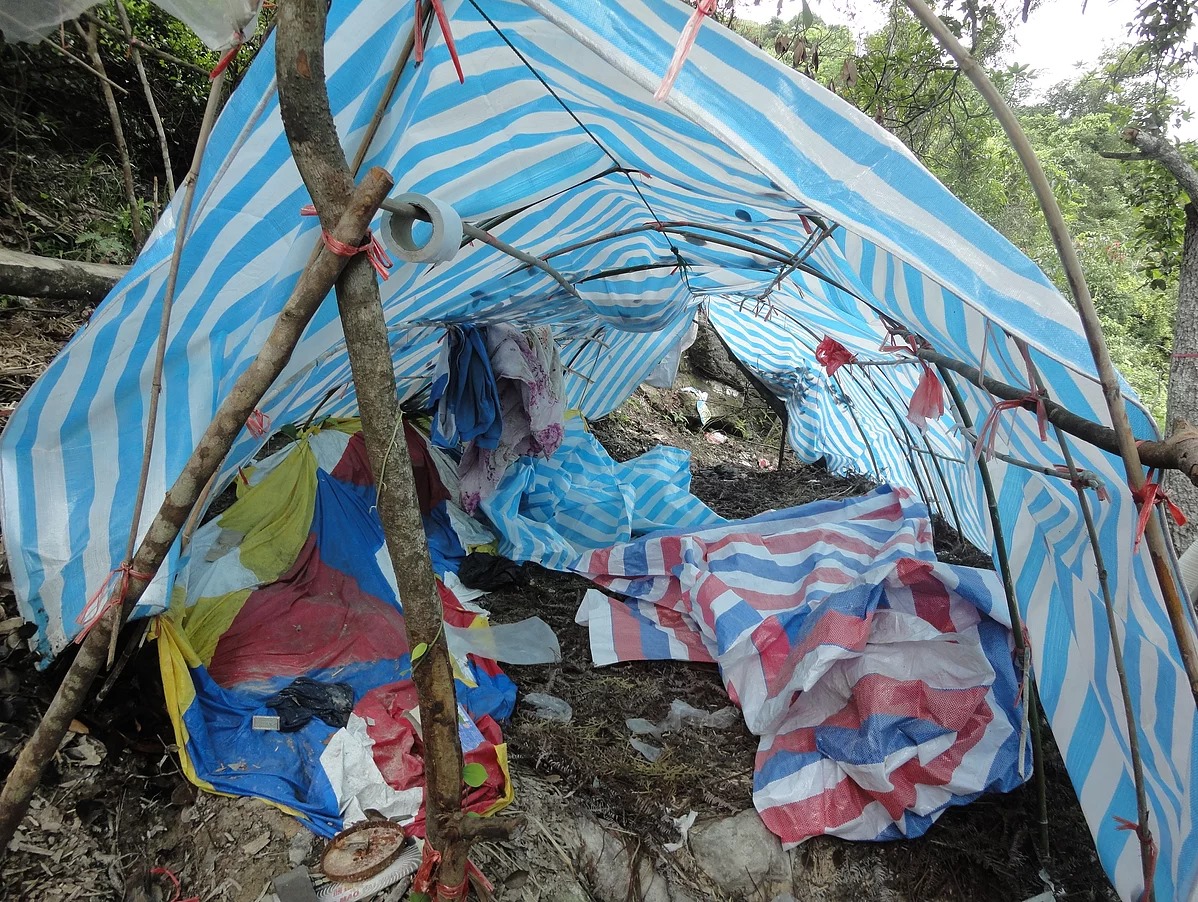 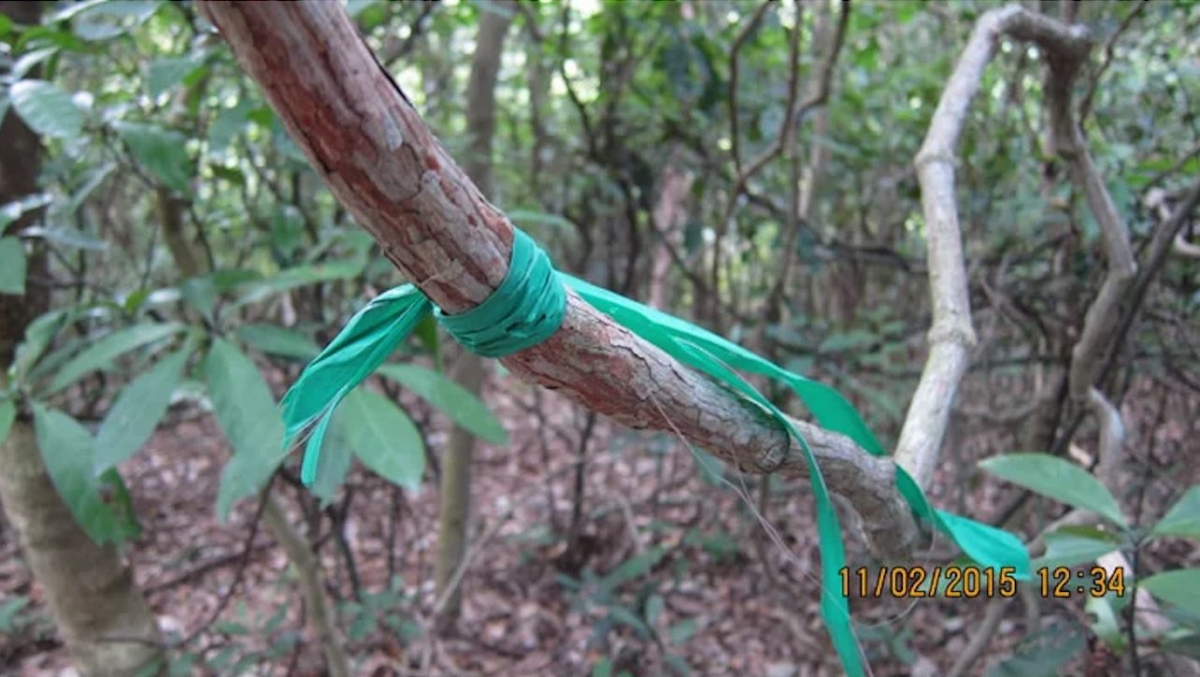 In civil society, some have formed organizations that focus on education, campaigning, and even organizing mountain patrol groups. An environmental education center and a technology company have teamed up to innovate a “sensor installation for incense tree protection”, improving on the existing infrared sensor and its issue with ‘overshooting’. Equipped with motion sensors and instant messaging capabilities, a hand-woven power grid is wrapped onto the trunk, allowing illegal loggers to be tracked down more efficiently and effectively. Kadoorie Farm has also begun ex situ conservation by cultivating incense tree seeds, alongside multifaceted research into the genetic diversity of wild incense trees. 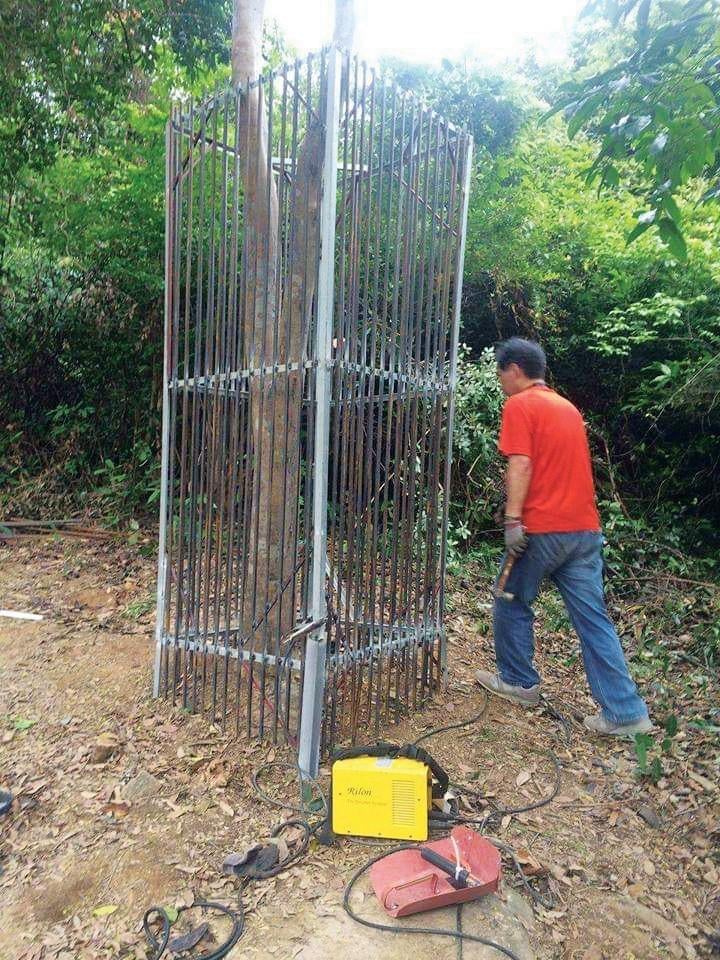 Perhaps some may question why do so much for a single species of tree? Surely the extinction of one species doesn’t mean much. Such a line of thinking underestimates the importance of precise and intimate ecological interconnections towards the continual health of forests and the Earth. At the same time, the tragedy of extinction caused by human greed is far from a singular, exceptional event, but a drama that has occurred time and again. Little wonder that many studies have pointed out that the Earth has already entered the Sixth Mass Extinction.

Indeed, a felled tree will not grow back. But every tree and seed saved can replenish an entire hill forest. The regenerative abilities of forests should not be underestimated. Nature needs time and space. Incense trees, Fung Shui woods and their attendant ecologies have shown that nature has the ability to heal.

And don’t minimise one person’s dedication towards protecting forests. In every corner of the world, there are some who have singularly mustered the will to plant an entire forest.